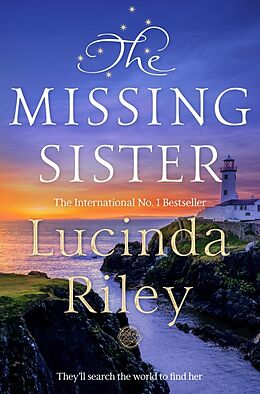 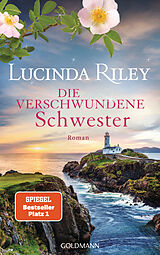 Taking in the vineyards of New Zealand and the majestic landscape of Ireland, The Story of the Missing Sister is the seventh instalment in Lucinda Riley's multimillion-selling epic series The Seven Sisters.

They'll search the world to find her.

From the Sunday Times number one bestselling author Lucinda Riley, The Missing Sister is the seventh instalment in the multimillion-copy epic series The Seven Sisters.

The six D'Aplièse sisters have each been on their own incredible journey to discover their heritage, but they still have one question left unanswered: who and where is the seventh sister?

They only have one clue - an image of a star-shaped emerald ring. The search to find the missing sister will take them across the globe - from New Zealand to Canada, England, France and Ireland - uniting them all in their mission to complete their family at last.

In doing so, they will slowly unearth a story of love, strength and sacrifice that began almost one hundred years ago, as other brave young women risk everything to change the world around them.

PRAISE FOR THE SEVEN SISTERS SERIES
'The Seven Sisters series is heart-wrenching, uplifting and utterly enthralling'
Lucy Foley
'Well researched and compelling ... on an epic scale' Sunday Express
'There's something magical about these stories' Prima
'Addictive storytelling' Woman & Home
'A masterclass in beautiful writing' The Sun

Heart-wrenching, uplifting and utterly enthralling. The Seven Sisters series is Lucinda Riley at the top of her game: a magical storyteller who creates characters we fall in love with and who stay with us long after we finish reading. Dazzlingly good

Vorwort
Taking in the vineyards of New Zealand and the majestic landscape of Ireland, The Story of the Missing Sister is the seventh instalment in Lucinda Riley's multimillion-selling epic series The Seven Sisters.

Lucinda Riley was born in Ireland and, after an early career as an actress in film, theatre and television, wrote her first book aged twenty-four. Her books have been translated into thirty-seven languages and sold thirty million copies worldwide. She is a Sunday Times and New York Times number one bestseller.

Lucinda's The Seven Sisters series, which tells the story of adopted sisters and is inspired by the mythology of the famous star cluster, has become a global phenomenon. The series is a number one bestseller across the world and is currently in development with a major TV production company.

Lucinda and her family divide their time between the UK and a farmhouse in West Cork, Ireland, where she writes her books.

Klappentext
Lucinda Riley is the top ten Sunday Times bestselling author of The Angel Tree, The Italian Girl and Hothouse Flower (also called The Orchid House). The Seven Sisters series is inspired by the star constellation of the same name. When the sisters' adoptive father - the elusive billionaire they call Pa Salt - dies, they are each given a tantalizing clue as to their past. Each book follows one of the sisters as they trace their origins all over the world in a spellbinding tales of love and loss. The series begins with The Seven Sisters and continues in The Storm Sister, which has been nominated for the prestigious Premio Bancarella literary prize in Italy, followed by The Shadow Sister and then The Pearl Sister. 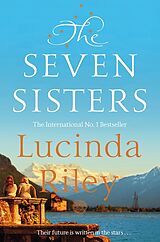 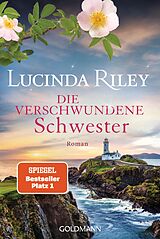 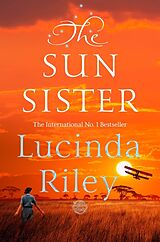