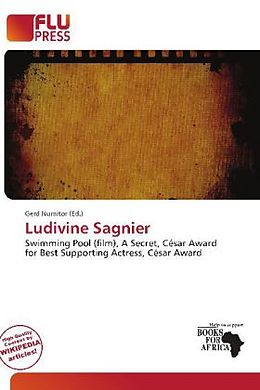 Please note that the content of this book primarily consists of articles available from Wikipedia or other free sources online. Ludivine Sagnier (born 3 July 1979) is a French actress and model, who has appeared in 33 films since 1989. She was nominated for two César Awards for Best Supporting Actress in Swimming Pool (2003) and Un secret (2007). Sagnier was born in La Celle-Saint-Cloud, in the département of Yvelines; her mother is a retired secretary and her father is a professor of English at a Paris University. She started taking acting classes at a young age and made her film debut at age 10 in I Want to Go Home and Les maris, les femmes, les amants (both released in 1989).