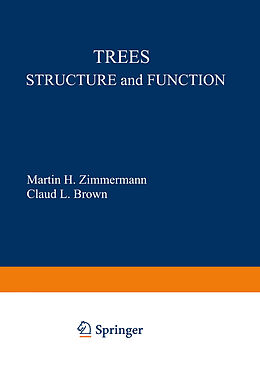 With a Chapter on Irreversible Thermodynamics of Transport Phenomena

Trees have the distinction of being the largest and oldest living organisms on earth. Although the herbaceous habit has made unprecedented evolutionary gains since the middle and late Cenozoic, trees still are the most conspicuous plants covering the habitable land surface of the earth. Man has long sought their shelter and protection, utilized their food and fiber, and often exploited them to his own detriment. Trees have always been of much interest to botanists, and many of the early investigations concerning the structure and function of plants were conducted with trees. At the beginning of the present century the use of trees for basic investigations began to decline. The reasons for this are obvious. Investigations of structure and function began to shift from whole organisms to tissues, then to individual cells, and finally to cellular organelles and subcellular particles. Physiological research became increasingly more detailed and complex, requiring more and more precisely controlled laboratory conditions. Hence, a relatively small number of herbaceous plants, various unicellular algae, fungi, and bacteria have become standard research material in most laboratories.

With a Chapter on Irreversible Thermodynamics of Transport Phenomena