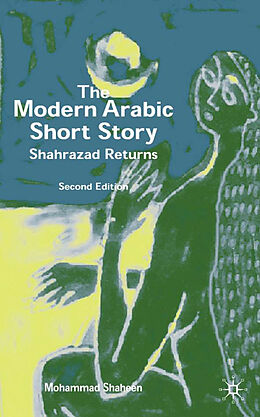 This fully revised second edition of The Modern Arabic Short Story is a unique anthology offering English translations of previously unavailable Arabic texts. Each story has been beautifully translated and carefully collected in this unique updated edition. The Modern Arabic Short Story provides a valuable introduction and overview of this classical form of storytelling.

'Shaheen does well to draw attention to the increasingly close links which have developed between poetry and the short story, both in their use of myth and folklore, and in the general development of the language of literature. These translations have genuine literary quality, and those of Kahlil Hawi's poem and Zakariyya Tamir's Spring in the Ashes deserve special plaudits'. - Dr Robin Ostle, St John's College Oxford for The Times Higher Education Supplement 10.11.89

Autorentext
MOHAMMAD SHAHEEN is Professor of English at the University of Jordan, and Vice President of Mu'tah University. He was educated at King's College, Cambridge University, and is the author of George Meredith: A Reappraisal of the Novels, and Selected Letters of George Meredith. His contributions to journals include articles on Forster, Conrad, Tayeb Salih, Munif, Eliot and Pound.

Inhalt
Preface to the First Edition Preface to the Second Edition Introduction to the First Edition Introduction to the Second Edition PART ONE: A CRITICAL STUDY The Situation of the Short Story Sindbad; The Other Voyage The Old Sindbad: An Image of Fellowship and Settlement The Modern Sindbad: A Portrait of a Bleak House The Sindbad Poetry of the Short Story Towards a Modern Sensibility 'Sindbad the Porter': A House with a View 'The Faces of Sindbad': A House in Exile 'Sindbad on his Eighth Voyage': A House Restored 'The Sindbad City': Out of Place 'The Seven Voyages of Sindbad': A Nightmare Voyage 'Abd Allah Samsa in Waqwaq Island': Sindbad Persecuted 'Sindbad' from 'Old Sorrows; Five Tales from The Arabian Nights ': Sindbad on Sale Shahrazad: The Eternal Perspective 'Spring in the Ashes': The Hope of Regeneration 'The Blue Charm and the Return of Jubaynah': The Vision of Return 'The Orphans' Cow': Alienation and Dream 'Abu-Zayd Surrenders': Struggle for Survival 'Shatir Hasan and the Season of Drought': Surviving the Struggle Aladdin's Lamp without Oil 'Night 1002': Mirror with No Light 'An Oil Slick': A Broken Mirror on the Sea 'Antarah Ibn Zabibah: Faris without Furusiyyah Conclusion PART TWO: A SELECTION OF TEXTS 'The Death of Sindbad; Michael 'Aflaq 'Sindbad and his Mistress; Michael 'Aflaq 'Sindbad the Porter'; Najib Surur 'Sindbad on his Eighth Voyage'; Khalil Hawi 'The Sindbad City'; Badr al-Sayyab 'Abd Allah Samsa in Waqwaq Island'; Mustafa al-Masnawi 'Sindbad' from 'Old Sorrows; Five Tales from the Arabian Nights'; Mohammad al-Mansi Qandil 'Spring in the Ashes'; Zakariyya Tamir 'The Blue Charm and the Return of Jubaynah'; Emile Habibi 'The Orphan's Cow'; Mahmud Shuqair 'Abu-Zayd Surrenders'; Hassan Muhassib 'Shatir Hassan and the Season of Drought'; Akram Haniyyah 'Night 1002'; Riyad al-Marzuqi 'An Oil Slick'; Sulayman Shatti 'Antarah Ibn Zabibah; Faysal Khartash Glossary Bibliography Index