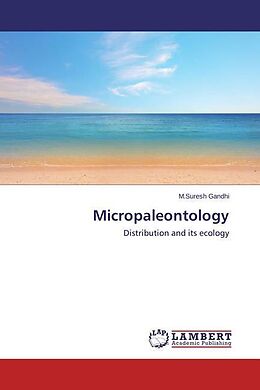 The present study was carried out during the month of November 2012 from Manora, Palk Strait near Pattukkottai, Thanjavur district in Tamil Nadu, One core sample up to 95 cm depth were collected and further, the core was sub sampled into 5cm interval, totally 19 samples were studied. Sediment samples were collected from PVC pipes. All the sediment samples were subjected to standard micropaleontological techniques. The foraminiferans were separated, counted, identified up to species levels using standard references. The calcium carbonate was determined by titration method (Piper, 1947), organic matter (Jackson 1954), S-S-C (Krumbein and Pettijohn 1938). A total of 21 benthic foraminiferal species and varieties belonging to 12 genera, 9 families, 6 superfamilies, and 3 suborder have been identified. For the sake of brevity, an update synonomy and remarks for the established species are given. From the total number of species, Ammonia beccarri, A.tepida, Pararotalia calcar, Pararotalia nipponica shows a higher abundance in this region. The following species are found only in few core samples, namely Elphidium incertum, Spiroloculina communis, Spiroloculina orbis and T. agglutinans

Dr. M. Suresh Gandhi, M.Sc., M. Phil., Ph.D., Univ. of Madras, is born in Thanjavur, Tamil Nadu, India during 1970 . He completed his B.Sc., & M.Sc., Geology Degree at VOC College, Tuticorin. He did his Ph.D in Micropaleontology at Tamil University, Thanjavur during 1999. His area of interest is on Environmental Micropaleontology

Untertitel
Distribution and its ecology