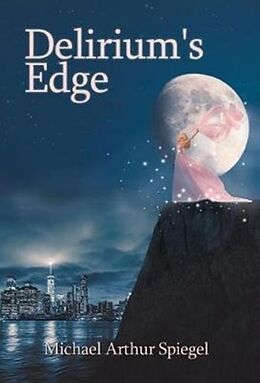 Sixteen-year-old Sasha is a good kid living a good life in Rocky Falls, New York. She works hard in school, loves to read, stays away from bad influences, and never breaks the rules. But one day when her older sister, Cetelia, invites her to a meditation and chanting ceremony hosted by a medium spiritualist, everything changes. While attending the event in New York City, Sasha feels an unusual chill that runs up her spine. A couple of days later, she begins to experience strange mental disturbances. As hallucinations strike the core of Sasha, she falls in love while hoping her current mental state will not interfere with the blossoming romance. But when her symptoms become more severe and prompt her to wonder whether she has tapped into a dimension beyond all she believes is possible, Sasha arrives at a crossroads where she must decide whether to surrender to mental illness, live in a state of sedation, or dive into the unknown within her mind to unravel the mysteries. Delirium?s Edge shares the tale of a teenager?s journey as she delves into her mental disburbances and opens the doors to the thrilling world of the paranormal and all that is possible.