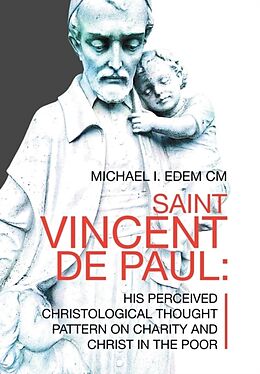 Klappentext The entire work is divided into three parts. Each part has its accompanying chapters with corresponding introductions and conclusions. It is the incarnation that necessitated the self-emptying and self-abasement of Christ. It is the same mystery that underlies his passion and crucifixion and eventual resurrection. The mystery of incarnation capped with experiential events forms the tap root of this global vision of Christ in the poor. It is central to his theology of the poor, Christ in the poor and the poor in Christ. The incarnation and experiential events furnish the inclination and orientation Vincent's thought pattern possesses. Such penetration and globalization process concerning the word "incarnate" are in line with the Church's "permanent need of theological reflection." The special inclination acts as a veneer that links other aspects. It forms a continuum, permeating and illumining the mystical link of the Vincentian Christ in the poor and the poor in Christ.