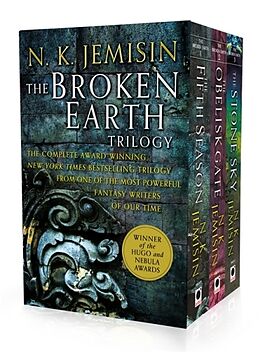 N. K. Jemisin's outstanding BROKEN EARTH trilogy has broken records and boundaries, making her the only novelist to have won three Hugo awards in three consecutive years. This beautifully presented box set collects all three books for the the first time. Set in a world of volcanoes and earthquakes, where the power of the earth can be wielded and won, these remarkable novels of warring factions, twisted morals, an Earth shattered and a family torn apart, weave into a narrative both 'intricate and extraordinary' ( New York Times ). This box set is the perfect gift for fans of game-changing fantasy fiction. Book 1: THE FIFTH SEASON This is the way the world ends . . . for the last time. It starts with the great red rift across the heart of the world's only continent, spewing ash that blots out the sun. It starts with death, with a murdered son and a missing daughter. It starts with betrayal and long festering wounds rising up to fester. This is the Stillness, a land long familiar with catastrophe, where the power of the earth can be used as a weapon . . . and where there is no mercy. Book 2: THE OBELISK GATE The Season of endings grows darker, as civilization fades into the long cold night. Essun has found shelter but not her missing daughter. Instead there is Alabaster Tenring, destroyer of the world, with a request only Essun can grant. Book 3: THE STONE SKY The Moon will soon return. Whether this heralds the destruction of humankind or something worse will depend on two women. Essun has inherited the phenomenal power of Alabaster Tenring. With it, she hopes to find her daughter, Nassun, and forge a world in which every outcast child can grow up in safety. For Nassun, her mother's mastery of the Obelisk Gate comes too late. She has seen the evil of the world and accepted what her mother will not admit: that sometimes the corrupt cannot be cleansed, only destroyed. The fate of the world is balanced between a mother and her daughter. ...

Vorwort
This box set brings together the novels of the record-breaking, triple Hugo award-winning Broken Earth trilogy: The Fifth Season, The Obelisk Gate and The Stone Sky.

Autorentext
N. K. Jemisin is the first author in history to win three consecutive Best Novel Hugo Awards, for her Broken Earth trilogy. She is a MacArthur 2020 Genius Grant Fellow. Her work has won the Nebula and Locus Awards, and the first book in her current Great Cities trilogy, The City We Became, is a New York Times bestseller. Among other critical work, she was formerly the speculative book reviewer at the New York Times. In her spare time she's a gamer and gardener, responsible for saving the world from Ozymandias, her dangerously intelligent ginger cat, and his destructive sidekick Magpie. Essays and fiction excerpts are available at nkjemisin.com. 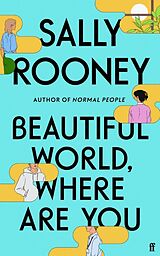