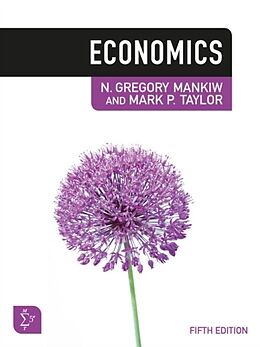 Now firmly established as one of the leading economics principles texts in the UK and Europe, this exciting, new fifth edition of Economics by N. Gregory Mankiw (Harvard University) and Mark P. Taylor (Washington University), has been fully updated. Much revered for its friendly and accessible approach, emphasis on active learning, and unrivalled support resources, this edition also has an improved structure to ensure the text aligns even more closely with the latest courses. The new edition incorporates additional coverage of a number of key topics including heterodox theories in economics such as complexity theory; institutional economics and feminist economics; different theories in international trade; game theory; different measures of poverty; the 'flat Phillips curve'; and the future of the European Union. This title is available with MindTap, a flexible online learning solution that provides students with all the tools they need to succeed including an interactive eReader, engaging multimedia, practice questions, assessment materials, revision aids, and analytics to help you track their progress.

Autorentext
N. Gregory Mankiw is Robert M. Beren Professor of Economics at Harvard University. For 14 years he taught EC10 Principles, the most popular course at Harvard. He studied economics at Princeton University and MIT. Prof. Mankiw is a prolific writer and a regular participant in academic and policy debates. His research includes work on price adjustment, consumer behaviour, financial markets, monetary and fiscal policy, and economic growth. His published articles have appeared in academic journals such as the American Economic Review, Journal of Political Economy, and Quarterly Journal of Economics. His work has also appeared in more widely accessible forums, including The New York Times, The Washington Post, The Wall Street Journal, and Fortune. Prof. Mankiw has been a research associate of the National Bureau of Economic Research, an adviser to the Federal Reserve Bank of Boston and the Congressional Budget Office, and a member of the ETS test development committee for the advanced placement exam in economics. From 2003 to 2005, he served as chairman of the President's Council of Economic Advisers.

Mark P. Taylor is Dean of the John M Olin Business School at Washington University, US and was previously Dean of Warwick Business School at the University of Warwick, UK. He obtained his first degree in philosophy, politics and economics from Oxford University. He then worked as a foreign exchange dealer in London for two years while simultaneously studying part-time for a master's degree in economics at London University, from where he also holds a doctorate in economics. Professor Taylor has taught economics at various universities (including Warwick, Oxford, Marseille and New York), at various levels (from principles courses to advanced graduate and MBA courses) and in various fields (including macroeconomics, microeconomics and econometrics). He also worked for several years as a senior economist at the International Monetary Fund and before that at the Bank of England. His work has been extensively published in scholarly journals, such as the Journal of Political Economy and the Economic Journal, and he is today one of the most highly cited economists in the world in economic research. In addition, Professor Taylor has acted as an advisor to the International Monetary Fund, the World Bank, the Bank of England, the European Commission and to senior members of the UK government. He is a research fellow of the Centre for Economic Policy Research, a member of council of the Royal Economic Society, and a fellow of both the Royal Statistical Society and the Royal Society of Arts. 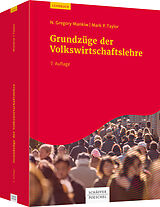