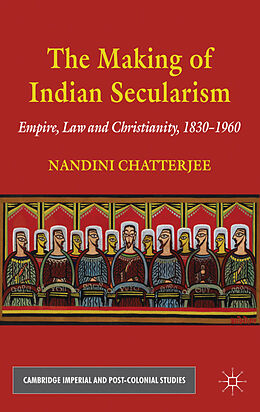 The Making of Indian Secularism

A unique study of how a deeply religious country like India acquired the laws and policies of a secular state, highlighting the contradictory effects of British imperial policies, the complex role played by Indian Christians, and how this highly divided community shaped its own identity and debated that of their new nation.

Inhalt
List of Illustrations Abbreviations Glossary Introduction Religion and Public Education: the Politics of Secularizing Knowledge Regulating Trust: Law and Policy of Religious Endowments in India Universality in Difference: the Emergence of Christian Personal Law in Colonial India Creating a Public Presence: the Missionary College of St. Stephen's, Delhi Education for 'uplift': Christian Agricultural Colleges in India Authority and Conflict in the Indian Church Rethinking Christianity in India: Shaping the Religion in which they Believed Representing Christians: community interests vs. Christian Citizenship Conclusion The 'crime' of Conversion and other Historical Curiosities Appendix: Christians per 10,000 of Population in India, 1881-1941 Bibliography

Titel
The Making of Indian Secularism