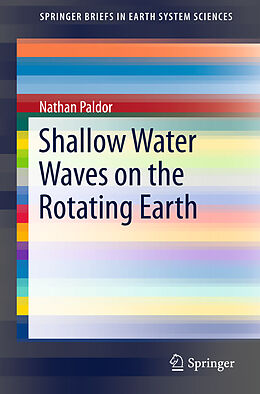 This book describes new theoretical advances concerning analytical solutions of the Rotating Shallow Water Equations, which will make it of great interest to graduate students and scientists in the fields of Geophysical Fluid Dynamics, Physical Oceanography, Dynamical Meteorology and Applied Mathematics.

The new dispersion relations and meridional amplitude variations of waves derived in this book can be applied to observations in the atmosphere and ocean and also provide alternatives to the Spherical Harmonics basis of global-scale spectral numerical models.

Employs a uniform approach that applies to mid-latitudes, the equator and the entire globe