This handy book of useful information contains more than 1000 facts, many of which are not generally known to the average person; but all of them are of interest to humankind, and knowledge of many of them is essential.
Fowler has used the simplest English, and has avoided, as far as possible, all technical terms. He has endeavored not to fall into the common error of making his explanations harder to understand than the subjects treated.
In the space of a few hundred pages Fowler has presented the thousand or more things that are really worth knowing. He examines everything from April Fool's Day ("Its origin is unknown, but it is supposed to follow an ancient pageant custom of playing tricks on the first day of April"), to the Seven Wonders of the ancient and new worlds, to the derivation of the term "Yankee."
The book is not a mere encyclopedia -- it is an education unto itself. 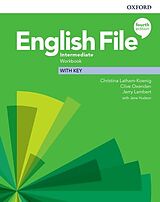