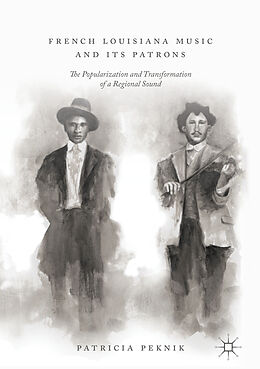 French Louisiana Music and Its Patrons

French Louisiana music emerged from the bayous and prairies of Southwest Louisiana in the late nineteenth and early twentieth centuries. Pioneered by impoverished Acadian and Afro-Caribbean settlers, the sound is marked by a high-pitched fiddle playing loud and fast above the bellow of a diatonic accordion. With lyrics about disaster and heartache sung cheerfully in a French dialect, the effect is dissonant and haunting. French Louisiana music was largely ignored in mainstream music culture, except by a handful of collectors, scholars, and commercial promoters who sought to popularize it. From the first recordings in the 1920s to the transformation of the genre by the 1970s, the spread of this regional sound was driven by local, national, and international elites who saw the music's traditions and performers in the context of larger social, political, and cultural developments, including the folk revival and the civil rights and ethnic revival movements. Patricia Peknik illuminates how the music's history and meaning were interpreted by a variety of actors who brought the genre onto a national and global stage, revealing the many interests at work in the popularization of a regional music.

Appeals to scholars and students of music history, social history, Southern history and culture, and folklore

Patricia Peknik is Associate Professor of History at Berklee College of Music, USA.

Inhalt
1. Introduction: "A Wild and Ferocious Waltz".- 2. French Louisiana Music from Home and Dancehall to Fred's Lounge and Radio.- 3. From the War on French to the War in France: World War II and Cultural Identity.- 4. It's all French Music: Patrons on the Trail.- 5. Brand New Old-Time Southern Americana: Harry Smith's Anthology Brings French Louisiana Music into the Folk Canon.- 6. I want you to be/just like you used to be, darling: Choreographing the Newport Waltz.- 7. Utter Strangers: The English and French Language Movements.- 8. Les metamorphoses: Civil Rights, Ethnic Revival, and New Regional Sounds.- 9. Postscript.

Untertitel
The Popularization and Transformation of a Regional Sound