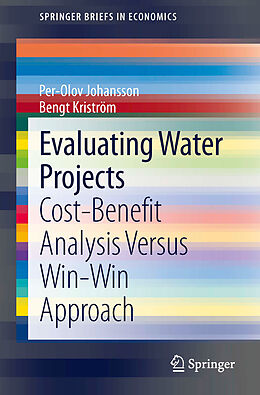 Should more water be diverted to or from electricity generation? This timely question is addressed in this short volume. Two different approaches are introduced and compared:
The first is a cost-benefit analysis, examining the case of re-regulating a Swedish hydropower plant in which water is diverted from electricity generation to the downstream dryway. The proposed scenario generates environmental and other benefits, but comes at a cost in terms of lost electricity.
The second study introduces an approach very different from the one used in conventional cost-benefit analysis, and provides a set of measures designed so that most, if not all, affected parties will be better off. Thus, in contrast to a conventional cost-benefit analysis, which draws on hypothetical compensation measures, the new approach envisages actual compensation.
Comparing two different theoretical frameworks on the basis of a real-world case, this study can be seen as a manual that can be used to evaluate reasonably small re-regulation of rivers.

A brand-new approach to empirical assessment of re-regulations

Case of a hydropower plant in Sweden

Bengt Kriström is Professor of Resource Economics (SLU-Umeå) and Research Director, CERE, Sweden. His research is widely cited (top 1000 economists according to a 2002 compilation) and includes 50+ papers and 10 books. He has been a consultant to several international organizations, including the OECD and, at numerous occasions, the Swedish Government. He has organized the UlvönInternational Conference on Environmental Economics since 1993.