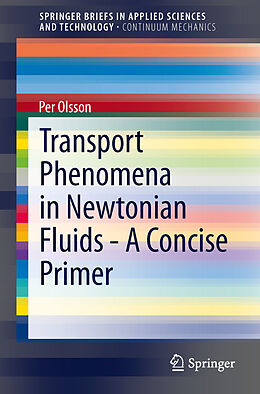 This short primer provides a concise and tutorial-style introduction to transport phenomena in Newtonian fluids , in particular the transport of mass, energy and momentum.

Selected by Choice magazine as an "Outstanding Academic Title" for 2014

This small book condenses an amazing amount of information on transport phenomena, covering essentially the entire field, into a concise, useful format (as evidenced by its subtitle). the book is well written, direct, and to the point. It is a valuable resource for advanced students as well as anyone wishing an introduction or review of basic transport phenomena. Summing Up: Highly recommended. Upper-division undergraduates, graduate students, researchers/faculty, and professionals/practitioners. (R. Darby, Choice, Vol. 51 (7), March, 2014)