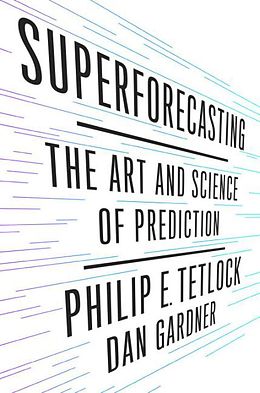 A New York Times Bestseller An Economist Best Book of 2015 " The most important book on decision making since Daniel Kahneman's Thinking, Fast and Slow . " - Jason Zweig, The Wall Street Journal Everyone would benefit from seeing further into the future, whether buying stocks, crafting policy, launching a new product, or simply planning the week's meals. Unfortunately, people tend to be terrible forecasters. As Wharton professor Philip Tetlock showed in a landmark 2005 study, even experts' predictions are only slightly better than chance. However, an important and underreported conclusion of that study was that some experts do have real foresight, and Tetlock has spent the past decade trying to figure out why. What makes some people so good? And can this talent be taught? In Superforecasting , Tetlock and coauthor Dan Gardner offer a masterwork on prediction, drawing on decades of research and the results of a massive, government-funded forecasting tournament. The Good Judgment Project involves tens of thousands of ordinary people-including a Brooklyn filmmaker, a retired pipe installer, and a former ballroom dancer-who set out to forecast global events. Some of the volunteers have turned out to be astonishingly good. They've beaten other benchmarks, competitors, and prediction markets. They've even beaten the collective judgment of intelligence analysts with access to classified information. They are "superforecasters." In this groundbreaking and accessible book, Tetlock and Gardner show us how we can learn from this elite group. Weaving together stories of forecasting successes (the raid on Osama bin Laden's compound) and failures (the Bay of Pigs) and interviews with a range of high-level decision makers, from David Petraeus to Robert Rubin, they show that good forecasting doesn't require powerful computers or arcane methods. It involves gathering evidence from a variety of sources, thinking probabilistically, working in teams, keeping score, and being willing to admit error and change course. Superforecasting offers the first demonstrably effective way to improve our ability to predict the future-whether in business, finance, politics, international affairs, or daily life-and is destined to become a modern classic. From the Hardcover edition.

Zusammenfassung
'A New York Times Editors' ChoiceA Washington Post Bestseller A Hudson Booksellers Best Business Interest Book of 2015 Longlisted for the Financial Times and McKinsey Business Book of the Year Award Winner of the Axiom Business Book Award in Business Theory (Gold Medal)"A top choice [for best book of 2015] among the world's biggest names in finance and economics... Eurasia Group founder Ian Bremmer, Deutsche Bank Chief U.S. Economist Joe LaVorgna, and Citigroup Vice Chairman Peter Orszag were among those giving it a thumbs-up."- Bloomberg Business "The material in Superforecasting is new, and includes a compendium of best practices for prediction... The accuracy that ordinary people regularly attained through their meticulous application did amaze me... [It offers] us all an opportunity to understand and react more intelligently to the confusing world around us."- New York Times Book Review "Tetlock's thesis is that politics and human affairs are not inscrutable mysteries. Instead, they are a bit like weather forecasting, where short-term predictions are possible and reasonably accurate... The techniques and habits of mind set out in this book are a gift to anyone who has to think about what the future might bring. In other words, to everyone."- The Economist "Tetlock's work is fascinating and important, and he and Gardner have written it up here with verve."- The Financial Times " Superforecasting is the most important scientific study I've ever read on prediction."- Cass R. Sunstein , The Bloomberg View "Just as modern medicine began when a farsighted few began to collect data and keep track of outcomes, to trust objective 'scoring' over their own intuitions, it's time now for similar demands to be made of the experts who lead public opinion. It's time for evidence-based forecasting." -The Washington Post " Superforecasting , by Philip Tetlock and Dan Gardner, is one of the most interesting business and finance books published in 2015." - John Kay, The Financial Times "One of Tetlock's key points is that these aren't innate skills: they can be both taught and learned... Tetlock's 'Ten Commandments For Aspiring Superforecasters' should probably have a place of honor in most business meeting rooms."- Forbes "The key to becoming a better forecaster, if not a super one, according to Tetlock is the same as any other endeavor: practice, practice, practice." - The Street "In this captivating book, Tetlock argues that success is all about the approach: foresight is not a gift but rather a product of a particular way of thinking... In each chapter, the author augments his research with compelling interviews, anecdotes, and historical context, using accessible real-world examples to frame what could otherwise be dense subject matter. His writing is so engaging and his argument so tantalizing, readers will quickly be drawn into the challenge - in the appendix, the author provides a concise training manual to do just that. A must-read field guide for the intellectually curious." - Kirkus Reviews , starred "Tetlock and Gardner believe anyone can improve their forecasting ability by learning from the way they work. If that's true, people in business and finance who make an effort to do so have a lot to gain - and those who don't, much to lose."- The Financial Post " Superforecasting is a very good book. In fact it is essential reading - which I have never said in any of my previous MT reviews... It should be on every manager's and investor's reading list around the topics du jour of decision-making, prediction and behavioural economics."- Management Today "I've been hard on social science, even suggesting that 'social science' is an oxymoron. I noted, however, that social science has enormous potential, especially when it combines 'rigorous empiricism with a resistance to absolute answers.' The work o

Leseprobe
1 An Optimistic Skeptic We are all forecasters. When we think about changing jobs, getting married, buying a home, making an investment, launching a product, or retiring, we decide based on how we expect the future will unfold. These expectations are forecasts. Often we do our own forecasting. But when big events happen--markets crash, wars loom, leaders tremble--we turn to the experts, those in the know. We look to people like Tom Friedman. If you are a White House staffer, you might find him in the Oval Office with the president of the United States, talking about the Middle East. If you are a Fortune 500 CEO, you might spot him in Davos, chatting in the lounge with hedge fund billionaires and Saudi princes. And if you don't frequent the White House or swanky Swiss hotels, you can read his New York Times columns and bestselling books that tell you what's happening now, why, and what will come next.1 Millions do. Like Tom Friedman, Bill Flack forecasts global events. But there is a lot less demand for his insights. For years, Bill worked for the US Department of Agriculture in Arizona--"part pick-and-shovel work, part spreadsheet"--but now he lives in Kearney, Nebraska. Bill is a native Cornhusker. He grew up in Madison, Nebraska, a farm town where his parents owned and published the Madison Star-Mail, a newspaper with lots of stories about local sports and county fairs. He was a good student in high school and he went on to get a bachelor of science degree from the University of Nebraska. From there, he went to the University of Arizona. He was aiming for a PhD in math, but he realized it was beyond his abilities--"I had my nose rubbed in my limitations" is how he puts it--and he dropped out. It wasn't wasted time, however. Classes in ornithology made Bill an avid bird-watcher, and because Arizona is a great place to see birds, he did fieldwork part-time for scientists, then got a job with the Department of Agriculture and stayed for a while. Bill is fifty-five and retired, although he says if someone offered him a job he would consider it. So he has free time. And he spends some of it forecasting. Bill has answered roughly three hundred questions like "Will Russia officially annex additional Ukrainian territory in the next three months?" and "In the next year, will any country withdraw from the eurozone?" They are questions that matter. And they're difficult. Corporations, banks, embassies, and intelligence agencies struggle to answer such questions all the time. "Will North Korea detonate a nuclear device before the end of this year?" "How many additional countries will report cases of the Ebola virus in the next eight months?" "Will India or Brazil become a permanent member of the UN Security Council in the next two years?" Some of the questions are downright obscure, at least for most of us. "Will NATO invite new countries to join the Membership Action Plan (MAP) in the next nine months?" "Will the Kurdistan Regional Government hold a referendum on national independence this year?" "If a non-Chinese telecommunications firm wins a contract to provide Internet services in the Shanghai Free Trade Zone in the next two years, will Chinese citizens have access to Facebook and/or Twitter?" When Bill first sees one of these questions, he may have no clue how to answer it. "What on earth is the Shanghai Free Trade Zone?" he may think. But he does his homework. He gathers facts, balances clashing arguments, and settles on an answer. No one bases decisions on Bill Flack's forecasts, or asks Bill to share his thoughts on CNN. He has never been invited to Davos to sit on a panel with Tom Friedman. And that's unfortunate. Because Bill Flack is a remarkable forecaster. We know that because each one of Bill's predictions has been dated, recorded, and assessed for accuracy by independent scientific observers. His track record is excellent. Bill is not alone. There are thousan

Untertitel
The Art and Science of Prediction 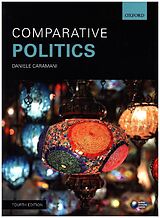 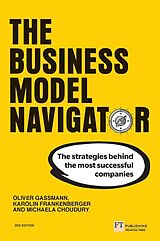