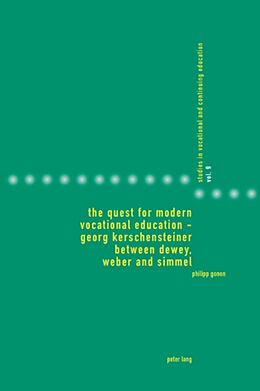 The Quest for Modern Vocational Education - Georg Kerschensteiner between Dew...

Vocational education that includes both in-company training and schooling is a highly successful educational model in fact, it has come to be considered the most effective kind of youth education to date. The development of this so-called Dual System is often attributed to Georg Kerschensteiner (1854-1932).
In this book Kerschensteiner's work is presented in the context of modernization processes in Germany at the beginning of the 20th century, when the urgent need was felt to balance general education and vocational needs. The corresponding discourse was influenced by modern thinkers like Dewey, Weber and Simmel.
This book thus offers new insights into the reform of vocational education and into educational thinking more in general.