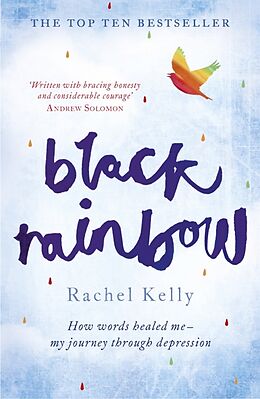 Black Rainbow is the powerful first-person story of one woman's struggle with depression and how she managed to recover from it through the power of poetry. In 1997, Oxford graduate, working mother and Times journalist Rachel Kelly went from feeling mildly anxious to being completely unable to function within the space of just three days. Prescribed antidepressants by her doctor, and supported by her husband and her family, Rachel slowly began to get better, but her anxiety levels remained high, and six years later, as a stay-at-home mother, she suffered a second collapse even worse than the first. Throughout both of Rachel's periods of severe depression, the healing power of poetry became an integral part of her recovery. As someone who had always loved poetry, it became something for Rachel to cling on to in times of need - from repeating short mantras to learning and reciting entire poems - these words and verses became a powerful force for change in her life. In Black Rainbow Rachel analyses why poetry can be one answer to depression, and the book contains a selected 40 of the poems that provided Rachel with solace and comfort during her breakdown and recovery. At a time when mental health problems and depression are becoming more common, and the stigma around such issues is finally being lifted, this book offers a lifeline for anyone seeking to understand depression and seek new ways to treat it. Poetry is free, has no side-effects and, as Rachel can attest, 'prescribing words instead of pills' can be an incredibly powerful remedy.

The memoir has the gripping immediacy of a novel and taught me much about depression that perhaps I should have known, but didn't. Its advice on diet, exercise, supplements and getting help will be invaluable for anyone who finds themselves barked at by the black dog.

Vorwort
How words healed me - my journey through depression

Rachel Kelly was a journalist for many years, and spent ten years on the Times, where she was variously a reporter, feature writer and columnist, writing the paper's 'Alternatively Speaking' health column. Her interest in health and therapy led to her completing the first year of training as a counsellor. Her long-standing passion for poetry led to her becoming the co-founder of the iF poetry app (2011) and co-editor of iF: A Treasury of Poetry for Almost Every Possibility (Canongate, 2012).

Rachel lives in London with her husband, Sebastian, and their five children.

Kelly recalls her story of battling depression and acute anxiety, and how the power of poetry helped her through. Analyses why poetry can be one answer to depression, and includes 40 of the poems that provided Kelly with solace and comfort during her breakdown and recovery.

Untertitel
How words healed me: my journey through depression 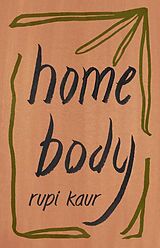