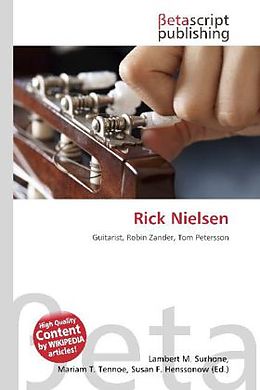 Please note that the content of this book primarily consists of articles available from Wikipedia or other free sources online. Rick Nielsen (born December 22, 1946 in Rockford, Illinois) is the lead guitarist, backing vocalist, and primary songwriter of the rock band Cheap Trick. For the band''s first few albums, Nielsen wrote the majority of the material himself. He is well known for having many custom-made guitars from Hamer Guitars, including his famous five-neck guitar. He sings lead vocals on the demo for the song "World''s Greatest Lover", which appears on the Cheap Trick boxed set entitled Sex, America, Cheap Trick released in 1996, and the first verse of "O Claire" off the 2006 CD Rockford.