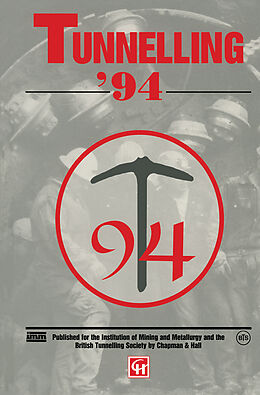 It is now more than twenty years since a proposal was first mooted to hold an international tunnelling symposium in Britain. At the time of the first symposium, held in London in 1976, the Channel Tunnel pro ject had just been shelved. Last weekend a charity walk was held in the finished tunnel, which will be open for business later in the year. Tunnels have figured prominently, and at times spectacularly, in the development of national and international links and it is hoped that such links gather pace in the future. It is particularly pleasing that Alastair Biggart of Storebrelt has agreed to deliver the twenty-sixth Sir Julius Wernher Memorial Lecture of the Institution of Mining and Metallurgy, entitled 'The changing face of tunnelling', at the start of this event. * Although almost every edition of the technical journals on tunnelling reports another £1 billion scheme somewhere in the world, it would be unfair of me to suggest that tunnelling is restricted to these prestigious schemes for major transport links. Much of the work that makes mod ern life possible receives hardly a mention outside the technical press and one suspects that society at large applies the 'out of sight, out of mind' attitude even more readily to underground construction than it does to other forms of engineering. Clearly, there is a contiiming need to improve the capacity and performance of our infrastructure, while hav ing a careful regard for the environment.