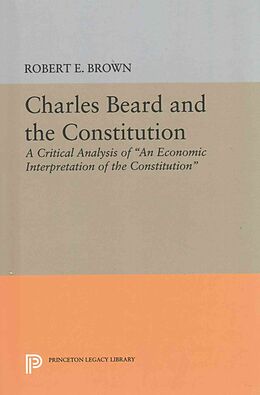 Charles Beard and the Constitution

"One could almost use the word momentous, or the word epoch-making though epoch-ending might be more to the point ... I don't see how anyone henceforth can repeat the old cliches which Beard put into circulation forty years ago."-Frederick B. Tolles, Swarthmore College.
"American historians, particularly those who have given lectures or written books based on the Beard thesis, ignore Brown's book at their peril."-American Historical Review.

Titel
Charles Beard and the Constitution