Robin Wall Kimmerer is writer of rare grace. She writes about the natural world from a place of such abundant passion that one can never quite see the world the same way after having seen it through Kimmerer's eyes. In Braiding Sweetgrass, she takes us on a journey that is every bit as mythic as it is scientific, as sacred as it is historical, as clever as it is wise. She is a great teacher, and her words are a hymn of love to the world.Elizabeth Gilbert

Robin Wall Kimmerer has written an extraordinary book, showing how the factual, objective approach of science can be enriched by the ancient knowledge of the indigenous people. It is the way she captures beauty that I love the mostthe images of giant cedars and wild strawberries, a forest in the rain and a meadow of fragrant sweetgrass will stay with you long after you read the last page.Jane Goodall

"I give daily thanks for Robin Wall Kimmerer for being a font of endless knowledge, both mental and spiritual." Richard Powers, New York Times

Robin Wall Kimmerer opens a sense of wonder and humility for the intelligence in all kinds of life we are used to naming and imagining as inanimate.Krista Tippett, host of On Being

"In a world where only six percent of mammalian biomass on the planet now comprises of wild animals, I longed for books that pressed me up against the inhuman, that connected me to an inhuman world. Braiding Sweetgrass by Robin Wall Kimmerer moved me to actual tears." Alexandra Kleeman, The Millions

"In Braiding Sweetgrass, botanist Robin Wall Kimmerer tackles everything from sustainable agriculture to pond scum as a reflection of her Potawatomi heritage, which carries a stewardship 'which could not be taken by history: the knowing that we belonged to the land.' . . . It's a book absorbed with the unfolding of the world to observant eyesthat sense of discovery that draws us in." NPR

"Professor and botanist Robin Wall Kimmerer knows that the answer to all forms of ecological unbalance have long been hidden in plain sight, told in the language of plants and animals, minerals and elements. She draws on her own heritage . . . pairing science with Indigenous principles and storytelling to advocate for a renewed connection between human beings and nature." Outside

"Kimmerer eloquently makes the case that by observing and celebrating our reciprocal relationship with the natural world, one can gain greater ecological consciousness." Sierra Magazine

With deep compassion and graceful prose, Robin Wall Kimmerer encourages readers to consider the ways that our lives and language weave through the natural world. A mesmerizing storyteller, she shares legends from her Potawatomi ancestors to illustrate the culture of gratitude in which we all should live.Publishers Weekly

The gift of Robin Wall Kimmerer's book is that she provides readers the ability to see a very common world in uncommon ways, or, rather, in ways that have been commonly held but have recently been largely discarded. She puts forth the notion that we ought to be interacting in such a way that the land should be thankful for the people.Minneapolis Star Tribune

Braiding Sweetgrass is instructive poetry. Robin Wall Kimmerer has put the spiritual relationship that Chief Seattle called the 'web of life' into writing. Industrial societies lack the understanding of the interrelationships that bind all living thingsthis book fills that void. I encourage one and all to read these instructions.Oren Lyons, Faithkeeper, Onondaga Nation and Indigenous Environmental Leader

Autorentext
Robin Wall Kimmerer is a mother, scientist, decorated professor, and enrolled member of the Citizen Potawatomi Nation. She is the author of Braiding Sweetgrass: Indigenous Wisdom, Scientific Knowledge and the Teaching of Plants and Gathering Moss: A Natural and Cultural History of Mosses. She lives in Syracuse, New York, where she is a SUNY Distinguished Teaching Professor of Environmental Biology, and the founder and director of the Center for Native Peoples and the Environment.

"I give daily thanks for Robin Wall Kimmerer for being a font of endless knowledge, both mental and spiritual." -RICHARD POWERS, NEW YORK TIMES

Updated with a new introduction from Robin Wall Kimmerer, the special edition of Braiding Sweetgrass, reissued in honor of the fortieth anniversary of Milkweed Editions, celebrates the book as an object of meaning that will last the ages. Beautifully bound with a new cover featuring an engraving by Tony Drehfal, this edition includes a bookmark ribbon, a deckled edge, and five brilliantly colored illustrations by artist Nate Christopherson. In increasingly dark times, we honor the experience that more than 350,000 readers in North America have cherished about the bookgentle, simple, tactile, beautiful, even sacredand offer an edition that will inspire readers to gift it again and again, spreading the word about scientific knowledge, indigenous wisdom, and the teachings of plants.

As a botanist, Robin Wall Kimmerer has been trained to ask questions of nature with the tools of science. As a member of the Citizen Potawatomi Nation, she embraces the notion that plants and animals are our oldest teachers. In Braiding Sweetgrass, Kimmerer brings these two lenses of knowledge together to take us on a journey that is every bit as mythic as it is scientific, as sacred as it is historical, as clever as it is wise (Elizabeth Gilbert).

Drawing on her life as an indigenous scientist, and as a woman, Kimmerer shows how other living beingsasters and goldenrod, strawberries and squash, salamanders, algae, and sweetgrassoffer us gifts and lessons, even if we've forgotten how to hear their voices. In reflections that range from the creation of Turtle Island to the forces that threaten its flourishing today, she circles toward a central argument: that the awakening of ecological consciousness requires the acknowledgment and celebration of our reciprocal relationship with the rest of the living world. For only when we can hear the languages of other beings will we be capable of understanding the generosity of the earth, and learn to give our own gifts in return.

Untertitel
Indigenous Wisdom, Scientific Knowledge and the Teachings of Plants 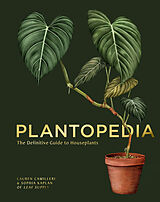 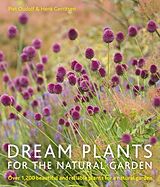