High Quality Content by WIKIPEDIA articles! Rocky Mount is an All-America City Award-winning city in Edgecombe and Nash counties in the coastal plains of the state of North Carolina. Although it was not formally incorporated until February 28, 1867, the North Carolina community that became the city of Rocky Mount dates from the beginning of the 19th century, and the first post office in the area opened in 1816. In 1996, the town of Battleboro merged with the city of Rocky Mount. As of 2008, the city's population was 57,010. Rocky Mount is the principal city of the Rocky Mount, North Carolina Metropolitan Statistical Area, which had a population of 143,026, as of 2000, and which encompasses all of both Edgecombe and Nash counties. Rocky Mount is also a part of a Combined Statistical Area which consists of both Rocky Mount and Wilson Metropolitan Areas. 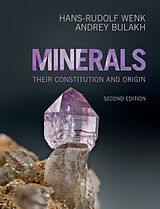