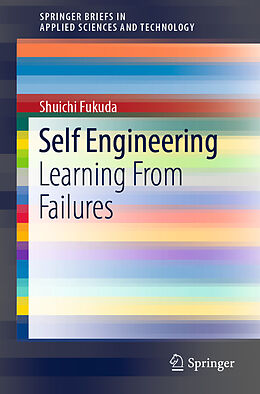 This book demonstrates how the creation of emotional satisfaction will change in tomorrow's connected, IoT world. The importance of emotional satisfaction will increase in the IoT Connected Society of World 2.0, in which humans and machines work together as members of the same team with no walls between the two, and where production is also team-based. Developing emotional satisfaction in such a diverse team and in a very different environment is a major challenge and needs to be studied from a broad perspective. This book describes the emerging issues and how they can be to tackled, introducing paths for moving beyond static value toward developing dynamic value.

Shuichi Fukuda is, in a word, a MR, Multidisciplinary Researcher. He received Dr. of Engineering in mechanical engineering from University of Tokyo (UT) in 1972. His doctoral thesis is Fatigue Crack Propagation under Random Loading. He developed a fatigue testing machine for vehicles under random loading. So, his research is associated with dynamics, strength of materials and reliability. And the application includes all kinds of vehicles, not only automobiles.

Then, he worked at Department of Precision Machinery, UT as a research assistant and studied Finite Element Analysis, especially Nonlinear Analysis. But he continued Reliability Research and he developed Reliability-based FEM.

He moved to Welding Research Institute, Osaka University, where he was     engaged in Intelligent Production. Thus, he not only studied welding, but also all manufacturing processes, toward more intelligent integration. During these years, he worked concurrently with Robotics Institute, Carnegie Mellon University (CMU) and he engaged in DARPA' initiative in Concurrent Engineering at West Virginia University (WVU).

As welding is used in many different fields, he worked together with engineers in such fields as civil, shipbuilding, air, nuclear, automotive, NDI, etc. Before he moved to Tokyo Metropolitan Institute of Technology (TMIT) as full professor in Systems Engineering, he worked at the Institute of Industrial Science, UT concurrently as associate professor in pursuit of making industry more resiliently intelligent.

For two years before retirement from TMIT, He contributed very much to the integration of TMIT and Tokyo Metropolitan University (TMU) and re-organized departments. He was given the title of Emeritus Professor from both TMIT and TMU.

After retirement, he worked as Consulting Professor, Stanford University, as visiting professor at Open University of Japan and as part time member of Japanese Government at Science Council of Japan.

Since 2014, he has been working as advisor at Systems Design and Management Research Institute, Keio University, Japan.

Personally, he played on a soccer team as a midfielder when he was young. Regrettably enough, soccer at that time was quite different from the one today. Formation was always the same and each player was expected to play his role to the best. But today, games change very often and extensively. So, now midfielders are playing-managers.

When he played, he was just one of the players. In a nutshell, soccer at that time was about the playing the eleven best and soccer today is about the best eleven, if we borrow words from Knute Rockne.

He used to love driving. He drove Route 66 and drove around in many states in the US. But now autonomous driving is emerging. So, he believes he still can enjoy driving another way. 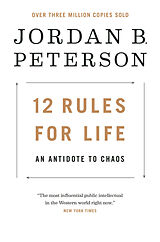