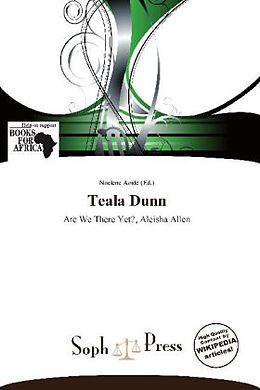 Teala Dunn (born December 8, 1996) is an American actress, voice actress, singer, and comedienne. She currently has a role in the TBS sitcom Are We There Yet? as Lindsey Kingston-Persons, taking Aleisha Allen's place. Dunn is well known in many households for her recurring role as Juanita on the popular Nickelodeon TV show, The Naked Brothers Band, and her voice is familiar because she has been the voice of Tuck the turtle on Wonder Pets since the show premiered in 2006.

Untertitel
Are We There Yet?, Aleisha Allen