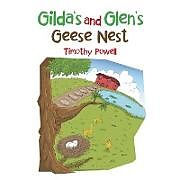 When I was in elementary school, I was discouraged by my teacher. I was called upon to read in front of my class. I started to read, and after I read one sentence, I was told to sit down. I wanted to read more, but she would not allow me to read. All through school, I hated English, until I took a journalism class during my junior year. My teacher encouraged me to go beyond my limits! I graduated in 1975. I went to work at an automakers in the spring of 1993. It put me on sick leave. I came home one day and sat down and started writing my book in 1993. I wrote my book context as one long sentence. My workplace started a learning center via UAW-1 of the big-three automakers. I had so many great teachers through Huron Valley Duck Lake School. The direction I took as of 2015 is this one. I had so many manuscripts with different titles. Someone stole my two Library of Congress' copy of deposits. I had to write Gilda's and Glen's Geese Nest into this direction from memory. My imagination took over, and I finished my book in 2018-twenty-five years after I started it! I want to encourage children to read and write because it is never too late.