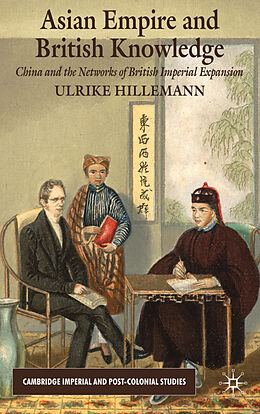 British knowledge about China changed fundamentally in the eighteenth and nineteenth centuries. Rather than treating these changes in British understanding as if Anglo-Sino relations were purely bilateral, this study looks at how British imperial networks in India and Southeast Asia were critical mediators in the British encounter of China.

'A timely and innovative analysis of the ways in which British interests engaged with, represented and 'manufactured' China' for British metropolitan consumption during the nineteenth century. It expands our knowledge of British imperial networks and activities in new and vital directions and points to significant legacies of the West's colonial engagement with the East.' - Alan Lester, University of Sussex, UK

Autorentext
ULRIKE HILLEMANN holds a PhD from the University of Cambridge, UK. Her research interests include the history of ideas and cultural history of British imperial expansion in Asia and the development of universities in the context of European imperial expansion. She currently works at Imperial College London.

Untertitel
China and the Networks of British Imperial Expansion