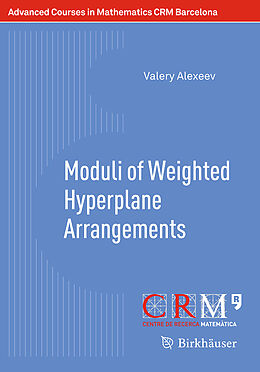 This book focuses on a large class of geometric objects in moduli theory and provides explicit computations to investigate their families. Concrete examples are developed that take advantage of the intricate interplay between Algebraic Geometry and Combinatorics. Compactifications of moduli spaces play a crucial role in Number Theory, String Theory, and Quantum Field Theory - to mention just a few. In particular, the notion of compactification of moduli spaces has been crucial for solving various open problems and long-standing conjectures. Further, the book reports on compactification techniques for moduli spaces in a large class where computations are possible, namely that of weighted stable hyperplane arrangements (shas).