In Undercover, the second installment in the steamy Pescadero Creek Series, Special Agent Robert McAllister leaves his family and goes undercover to catch the elusive Dr. Mitchell Stewart, an atrocious killer who has managed to successfully elude the agent and the FBI for the past year. After plastic surgery and months of concealment, maniacal Stewart will be hard to track. Agent McAllister knows that if he is going to beat Stewart at his own game, he too will have to completely disguise himself. Once his own transformation is complete, the agent emerges with the brand new identity of Leo Devlin, a hard-core criminal who becomes a part of Stewart's underground operation of narcotics, prostitution, and human trafficking.In Victoria Williams-Fisher's second novel, her readers will follow McAllister to San Francisco on a manhunt to capture California's most-wanted criminal-the same cold-blooded killer who has held a grudge against the agent's wife Morgan and her family for years and now has a vendetta with McAllister himself. While Rob is undercover, his new wife struggles with his absence in her life. Surrounded by security guards, Morgan creates a major scandal by turning to one of them for comfort while her husband is away. Lives are ripped apart and friendships are broken when she betrays her husband.Will Agent McAllister survive the assignment and return to his family? If he does, will his wife and son be waiting at home for him? Or will they have given up on him and left for good? 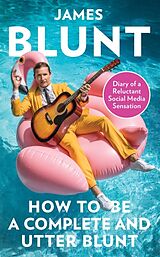