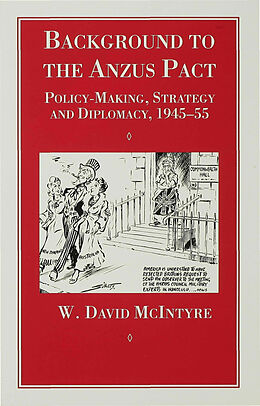 Background to the Anzus Pact

This book contains a detailed analysis of American, British, Australian and New Zealand strategic planning during the early years of the Cold War, including their plans for fighting World War III in the Middle East, and the diplomatic negotiations leading up to the security treaty signed by Australia, New Zealand and the United States in 1951. It considers the problems raised by Britain's exclusion from Anzus and the subsequent creation of Seato and the British Commonwealth Far East Strategic Reserve in Malaya.

Titel
Background to the Anzus Pact