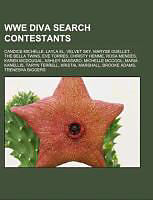 Source: Wikipedia. Pages: 50. Chapters: Candice Michelle, Layla El, Velvet Sky, Maryse Ouellet, The Bella Twins, Eve Torres, Christy Hemme, Rosa Mendes, Karen McDougal, Ashley Massaro, Michelle McCool, Maria Kanellis, Taryn Terrell, Kristal Marshall, Brooke Adams, Trenesha Biggers, Jennifer Walcott, Lena Yada, Carmella DeCesare, Elizabeth Miklosi, Leyla Milani, Amy Weber, Joy Giovanni, Nina Mercedez, Rebecca DiPietro, Julia and Chandra Costello, Jen England, Camille Anderson, Jaime Koeppe. Excerpt: Candice Michelle Beckman-Ehrlich (born September 30, 1978) better known as Candice Michelle or just Candice, is an American model, actress, and professional wrestler best known for her time with World Wrestling Entertainment. After spending years modeling and acting, Candice Michelle was hired by WWE in 2004, after she participated in the WWE Diva Search. Outside of wrestling, she is known as the Go Daddy Girl, performing in the company's annual Super Bowl commercials. She also posed for a cover and nude pictorial in the April 2006 issue of Playboy. At Vengeance in 2007, she defeated Melina to win her first WWE Women's Championship and became the first former Diva Search contestant to win a WWE title. She was released from her WWE contract on June 19, 2009. Candice Michelle grew up in Milwaukee, Wisconsin, and she is of German and Costa Rican descent. She played varsity and college basketball and has an avid interest in many sports. Because she is from the state of Wisconsin, Candice is a Green Bay Packers fan. At sixteen, Candice Beckman, as she was then known, won a modeling competition at her local skating rink. Around 1999, she moved to Los Angeles, California to become a professional model and actress. She studied Theater Arts at Santa Monica College and had on camera acting and Meisner technique training at The Piero Dusa Acting Studio. It was during this time that Beckman adopted her middle name Michelle as her working last name. She appeared in numerous bodybuilding and car magazines such as FLEX and Lowrider Magazine, as well as being named Cyber Girl of the Week in the June 2002 issue of Playboy. Candice also worked as a foot fetish model for a website under the name of Mackenzie Montgomery. During this time, Candice made appearances on television programs such as Party of Five, 7th Heaven and Hotel Erotica, as well as appearing in such films as Tomcats, Anger Management, DodgeBall and A Man Apart. Candice in 2007In July 2004, Candice auditioned to be a co