Joseph Caine came from a lawbreaking Synagogue background who is a Jewish aristocrat starts a pornography business called Twenty Sinful Virgins Enterprise. He is married to Mary Goodwin and later he commit an affair and becomes a TV journalist and meets Kathy, so Kathy is Catholic and Joseph is a Jewish aristocrat, who are TV journalists who does a love affair, and they are both in the publishing business. Read and find out what happens. These are high hip white racist who are Jewish aristocrats like the Prodigal Son. 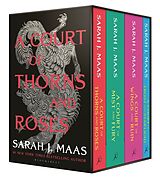