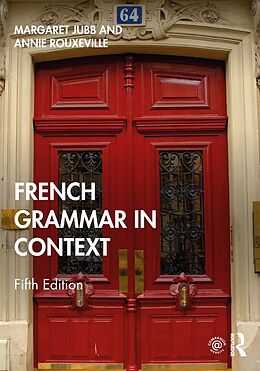 Margaret Jubb is Emeritus Senior Lecturer in French at the University of Aberdeen.

was previously Senior Lecturer in French and Tutor at TILL, University of Sheffield.

Now in its fifth edition, French Grammar in Context presents a unique and exciting approach to learning grammar.

Authentic texts from a rich variety of sources, literary and journalistic, are used as the starting point for the illustration and explanation of key areas of French grammar. Each point is consolidated with a wide range of written and spoken exercises. Grammar is presented not as an end in itself, but as a tool essential to enjoying French, understanding native speakers and communicating effectively with them.

Literary texts and poems are taken from renowned French authors such as Albert Camus, Zola, André Malraux, Alain Robbe-Grillet, Stendhal and Jacques Prévert. News sources include Libération, Le Point, Marianne, and Le Monde Diplomatique, in addition to articles from regional papers such as Ouest-France and La Voix du Nord. Lifestyle articles are included from magazines such as Elle.

This fifth edition has been updated to include new texts for Chapters 24 and 25 and two new revision texts. In addition, this new edition is supported by a revised and extended companion website that offers a wealth of additional interactive exercises to practise and reinforce the material covered.

is aimed at intermediate and advanced students and is ideal for both independent and class-based study.

1. The present tense 2. The passé composé 3. The imperfect 4. The pluperfect 5. The past historic and past anterior 6. The future and future perfect 7. The conditional (present and past) 8. The negative 9. Interrogatives 10. Personal pronouns 11. Relative pronouns 12. Nouns 13. Articles and quantifiers 14. Demonstratives 15. Possessives 16. Adjectives 17. Adverbs and adverbial phrases 18. Comparatives and superlatives 19. The imperative 20. Pronominal verbs 21. The passive 22. The infinitive and present participle 23. Verbs with à and de 24. Devoir, pouvoir, vouloir, savoir 25. Impersonal verbs 26. The subjunctive (present and perfect) 27. The subjunctive (imperfect and pluperfect) 28. Prepositions 29. Conjunctions 30. Word order 31. Highlighting and emphasis 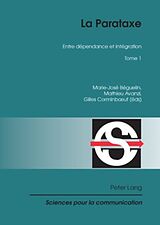 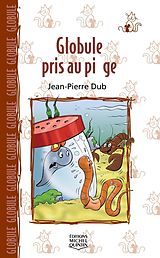