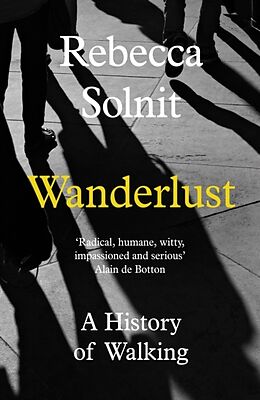 What does it mean to be out walking in the world, whether in a landscape or a metropolis, on a pilgrimage or a protest march? In this first general history of walking, Rebecca Solnit draws together many histories to create a range of possibilities for this most basic act. Arguing that walking as history means walking for pleasure and for political, aesthetic, and social meaning, Solnit homes in on the walkers whose everyday and extreme acts have shaped our culture, from the peripatetic philosophers of ancient Greece to the poets of the Romantic Age, from the perambulations of the Surrealists to the ascents of mountaineers. With profiles of some of the most significant walkers in history and fiction - from Wordsworth to Gary Snyder, from Rousseau to Argentina's Mother of the Plaza de Mayo, from Jane Austen's Elizabeth Bennet to Andre Breton's Nadja - Wanderlust offers a provocative and profound examination of the interplay between the body, the imagination, and the world around the walker.

A profound and meandering modern classic about the historical, political and philosophical paths traced by walkers, their routes and the act of walking

REBECCA SOLNIT is author of, among other books, Wanderlust, A Field Guide to Getting Lost, the NBCC award-winning River of Shadows and A Paradise Built in Hell. A contributing editor to Harper's, she writes regularly for the London Review of Books and the Los Angeles Times. She lives in San Francisco.

A meandering guide to the historical, political and philosophical paths traced by walkers, their walks and the act of walking. One of Solnit's most celebrated books published to coincide with the paperback release of her anti-memoir "The Faraway Nearby".

Sous-titre
A History of Walking 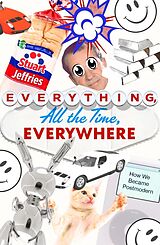 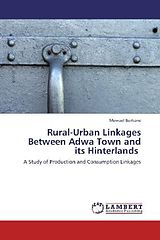 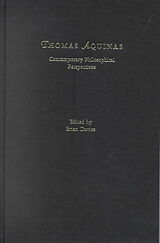