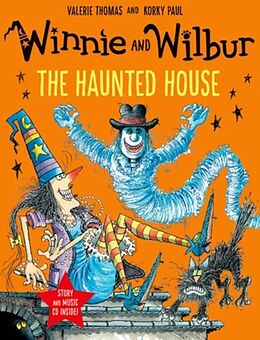 Winnie and Wilbur: The Haunted House with audio CD

When Winnie's afternoon sleep is cut short by the crash of a vase, it's just the start of some very odd happenings in her house. Could it be haunted? Winnie wants to make sure it isn't with the help of a spell. But her spell doesn't quite go to plan . . . Get ready for silly spookiness in this supernatural Winnie and Winnie adventure!

Résumé
There are some unexplained happenings in Winnie and Wilbur's house. A smashed vase, collapsing curtains, and a shattered chandelier. Could it be haunted? Winnie reaches for her magic wand but things just get even spookier. It's a ghostly Winnie and Wilbur adventure! Korky Paul's intricate artwork is full of madcap humour and crazy details to pore over. This edition features an accompanying audio CD with the story and magical music and sound effects. The spellbinding new look of this bestselling series celebrates the wonderful relationship that exists between Winnie the Witch and her big black cat, Wilbur. Since Winnie and Wilbur first appeared in 1987 they have been delighting children and adults in homes and schools all over the world and more than 7 million books have been sold. Winnie and Wilbur will be hitting TV screens worldwide in 2017, airing in the UK on Milkshake, Channel 5's popular pre-school slot. A Winnie and Wilbur stage show is set to run in Birmingham in 2017 followed by a national UK tour. A new look for the website, too! www.winnieandwilbur.com

Titre
Winnie and Wilbur: The Haunted House with audio CD 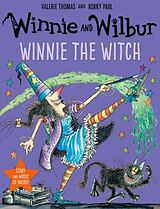 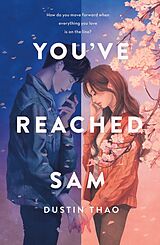 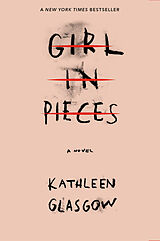