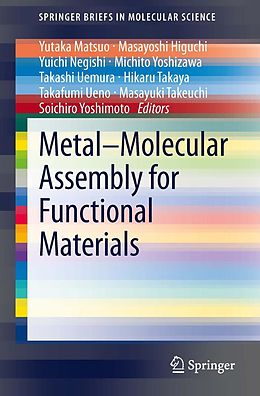 This book focuses on modern coordination chemistry, covering porous coordination polymers, metalloproteins, metallopeptides, nanoclusters, nanocapsules, aligned polymers, and fullerenes. As well, it deals with applications to electronic devices and surface characterization. These wide-ranging topics are integrally described from the perspectives of dimensionality (one-, two-, and three-dimension), new materials design, synthesis, molecular assembly, function and application. The nine chapters making up this book have been authored by scientists who are at the cutting edge of research in this particular field. The level is appropriate for graduate students, post-doc researchers, and new faculty members whose aim is to become familiar with modern coordination chemistry from its basics to applications.